It’s that time of the year again when Labor Day marks the end of summer and back to school for many delighted parents. But more importantly, for me and many likeminded individuals, it’s the unofficial kickoff of the NFL season! In retrospect this past summer was a roller-coaster ride for investors, inducing both that sinking feeling in your stomach as well as periodic screams of excitement. Markets experienced periods of extreme volatility in what is usually a seasonally “quiet” period. But, given the uniqueness of this year, it was somewhat expected. Almost on cue, the positive market momentum from July quickly began to sputter out towards the end August. As with most bear market rallies, conditions can change on a dime or, in this particular case, a speech at Jackson Hole. Like a flick of the switch, the bear market rally that started in June hit a sudden wall named Jerome Powell. Unsurprisingly, the month of August ended in the red with all major indexes posting losses; S&P -4.24%, DOW -4.06% and NASDAQ -4.64.

Although, for some of us, the seasons are beginning to change, the market narrative won’t. Forecast for September: continued periods of increased volatility and elevated levels of investor pessimism. Historically, the month of September is believed to be a “bad” month for markets and given all the negative sentiment out there, it wouldn’t be surprising to see that come to fruition. Most market observers are fixated on whether or not the markets will retest June lows and, in my mind, that’s absolutely the wrong question

“The focus for long-term investors should be whether they have a plan/strategy in place to take advantage of a retest of market lows should that opportunity present itself.”

As a portfolio manager, I was a buyer during the June lows and I will buy even more in the companies that I fundamentally believe in should lower market conditions arise. Although I personally try not to quote Warren Buffett, but I just can’t help myself just this time because I can’t explain it better than “be fearful when others are greedy and greedy when others are fearful”. 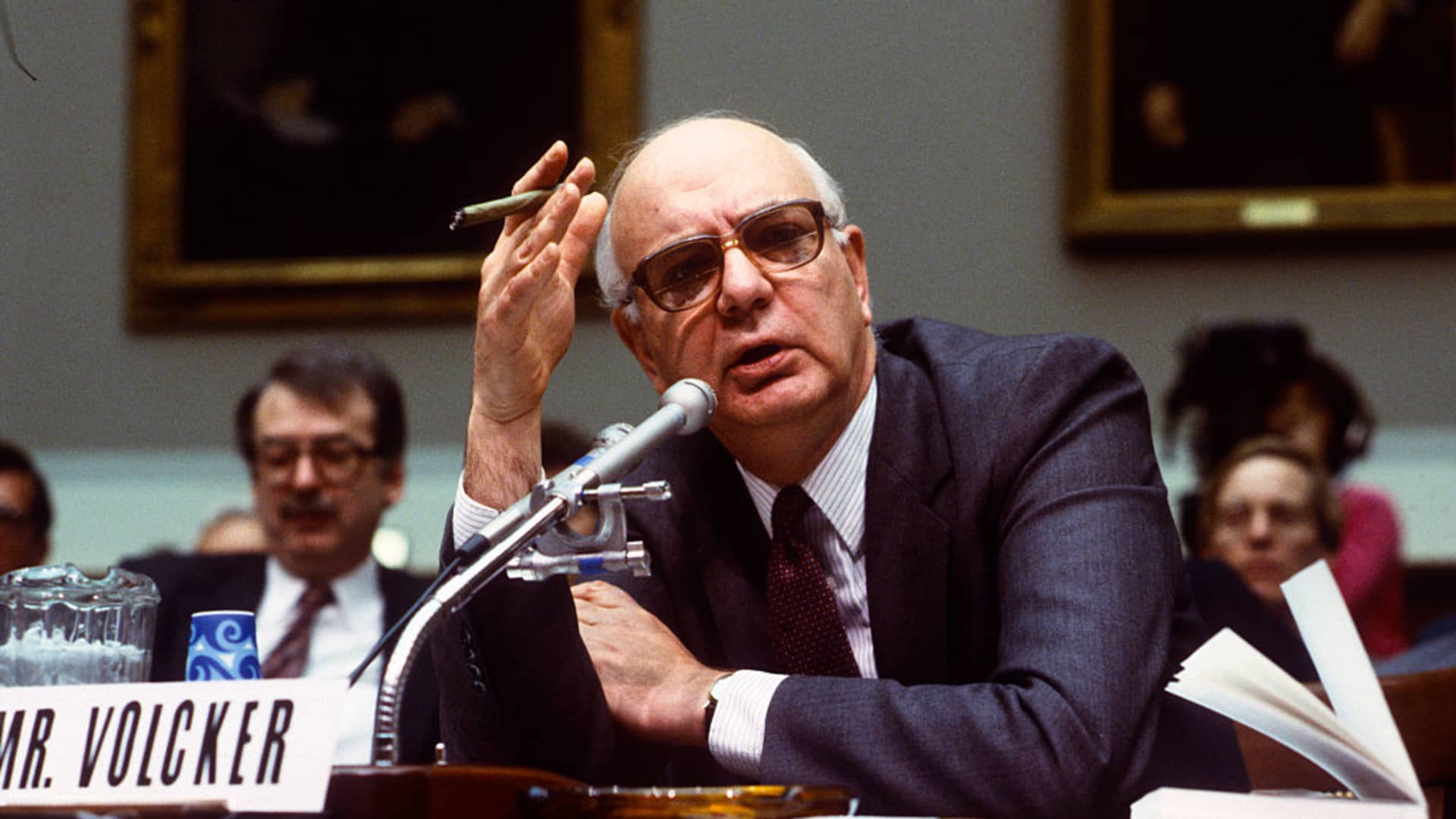 For those market pundits that thought Fed Chairman Jerome Powell was a soft push over, guess again! Jackson Hole was his coming out party. Powell resembled a heavy weight boxer addressing the press at a pre-fight conference. He laid the proverbial smack down on his opponent which, in his case, is inflation. Although the policy details he expressed were mostly in line with expectations, his tone, and the combative language he used were very uncharacteristic of him. Powell even sighted prior policy used in the 1980s by Paul Volcker which conveyed the lengths to which he’s willing to go to bring inflation down. Instantaneously, Powell’s words caused the markets to sell off. Why would mentioning Paul Volcker spook markets in such a negative way? Simply put…PTSD (post-traumatic stress disorder). During Volcker’s reign at the Fed, he rolled out extreme policy measures to bring down inflation that, at the time, was 14.5%.  He increased interest rates to 20% which sent unemployment soaring and resulted in a deep recession from 1980 -1982. For many economists, this measure was more than just medicine. It was more like economic chemotherapy. In hindsight, the policy was exactly what was needed even though it came at a deep cost of recession and high unemployment.

Given the history of the Volcker era, it’s easy to see how the mere invocation of his name in Powell’s speech would cause a knee-jerk reaction that would lead to more than a 3% decline across all major indexes in a single day. Luckily for investors, we are living under much different circumstances today. It is not a repeat of the 1980s. We are not in a period of prolonged stagflation, and interest rates are not headed to 20%. It continues to be the case that the Fed is utilizing rhetoric to accentuate the effect of interest rate hikes to lower inflation and cool the economy back to a comfortable zone. The good news… it’s working. The bad news…it comes at the cost of a slowing economy which Powell referred to as “some pain to households and businesses.” Although many asset classes have already sharply corrected—meaning that much of the expected bumpy landing has somewhat already been priced-in to the market—one lagging asset class which has yet to correct but is just beginning to show signs of rolling over is real estate. Given the historic price appreciation real estate has experienced throughout the pandemic period, it’s difficult to believe the sector will generally remain immune from a potential “higher for longer” interest rate induced recession. With that being said, we all know that real estate markets are very local/regionalized and that makes it impossible to attribute a generalization to every market. But, I will say that, considering the Fed is on a mission to lower the cost of living and rents are a large part of that equation, we must exercise an increased level of caution surrounding the real estate sector. To be clear, I don’t foresee another “financial crisis”, but current conditions call for us to be very vigilant of mounting headwinds. I heard a comment that in my mind best describes the current real estate market…“Sellers still think it’s last year, while buyers believe its next year.” Simply put, sellers still think they can get peak prices while buyers believe prices should be lower. We’ll have to wait and see where valuations settle, but much of the recent data is suggesting that the tide is turning in favor of buyers. The below chart from Bloomberg illustrates the decline in home sales in the United States. 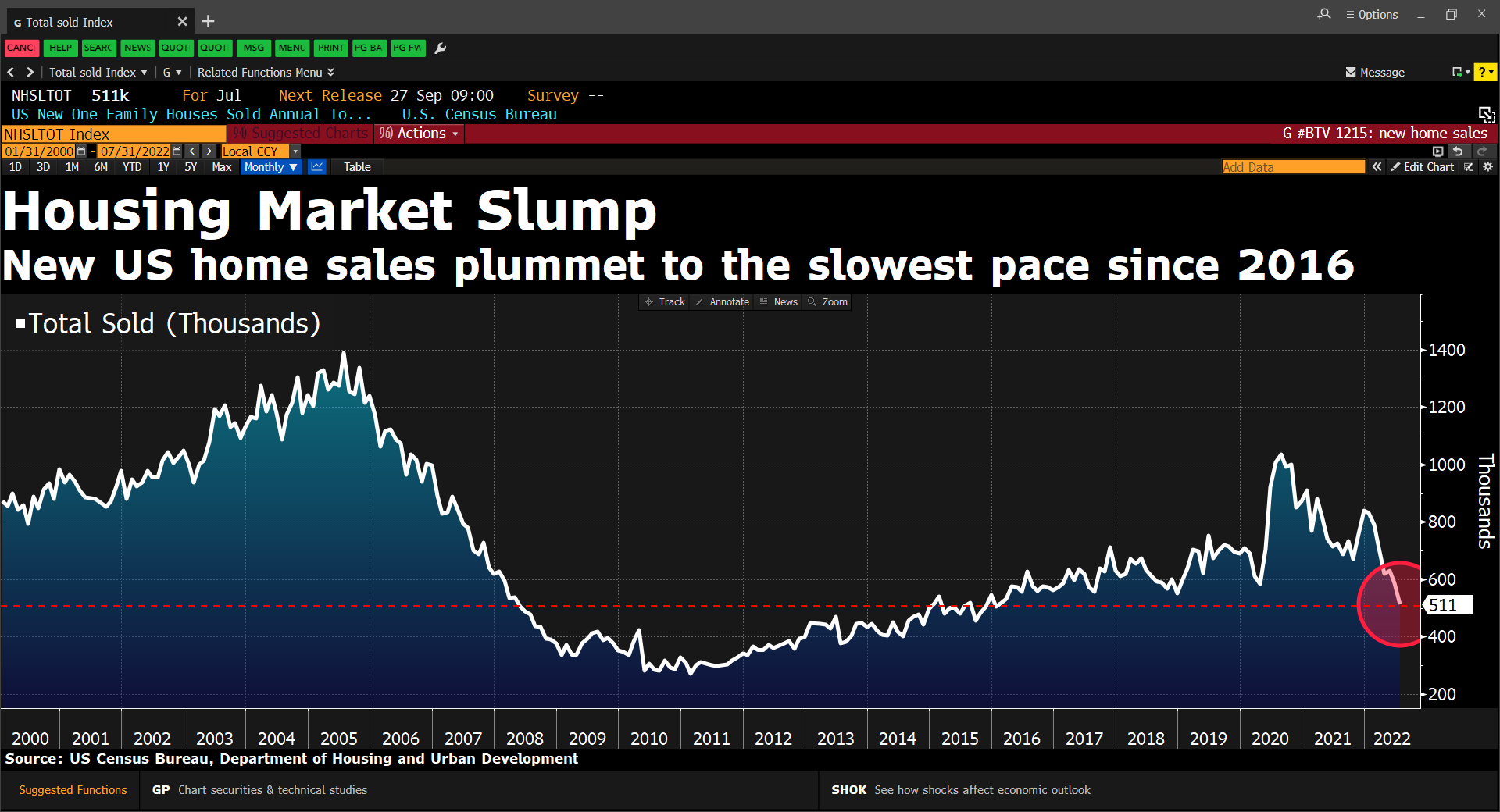 I don’t normally reference social media memes in my titles, but ever since meme stocks on GameStop and AMC took over the headlines, all rules are out the window. Plus, I have to admit, this one gave me a solid chuckle. My apologies to all my European readers. In all honesty, watching the Euro trade at a two-decade low at 0.9903 vs the U.S. Dollar was initially surprising, but not completely shocking considering the current economic conditions in Europe. Even at these depressed levels, the Euro remains vulnerable. It really is a perfect storm across the Atlantic with the ongoing conflict in Ukraine, rising inflation, an energy crisis, China’s economic weakness, and now the Fed’s higher for longer interest rate policy stance. One bright spot of a weak Euro is the uplift in tourism and exports – both of which have become much more attractive to those sitting on U.S. Dollars. Lookout for selective investment opportunities that can benefit from Euro dollar weakness and withstand an unavoidable recession in Europe. A few months back, I highlighted the potential negative impact the rising U.S. Dollar would pose on the upcoming earnings season. Almost on cue, foreign exchange headwinds were mentioned on almost every high-profile company’s earnings call as its effects were a direct hit to profits. Although the strong U.S. Dollar continues to have a material impact on earnings, the market is still more focused on the elephant in the room, inflation. The Bloomberg graph below illustrates the continued strength of the U.S. Dollar vs a basket of global currencies. 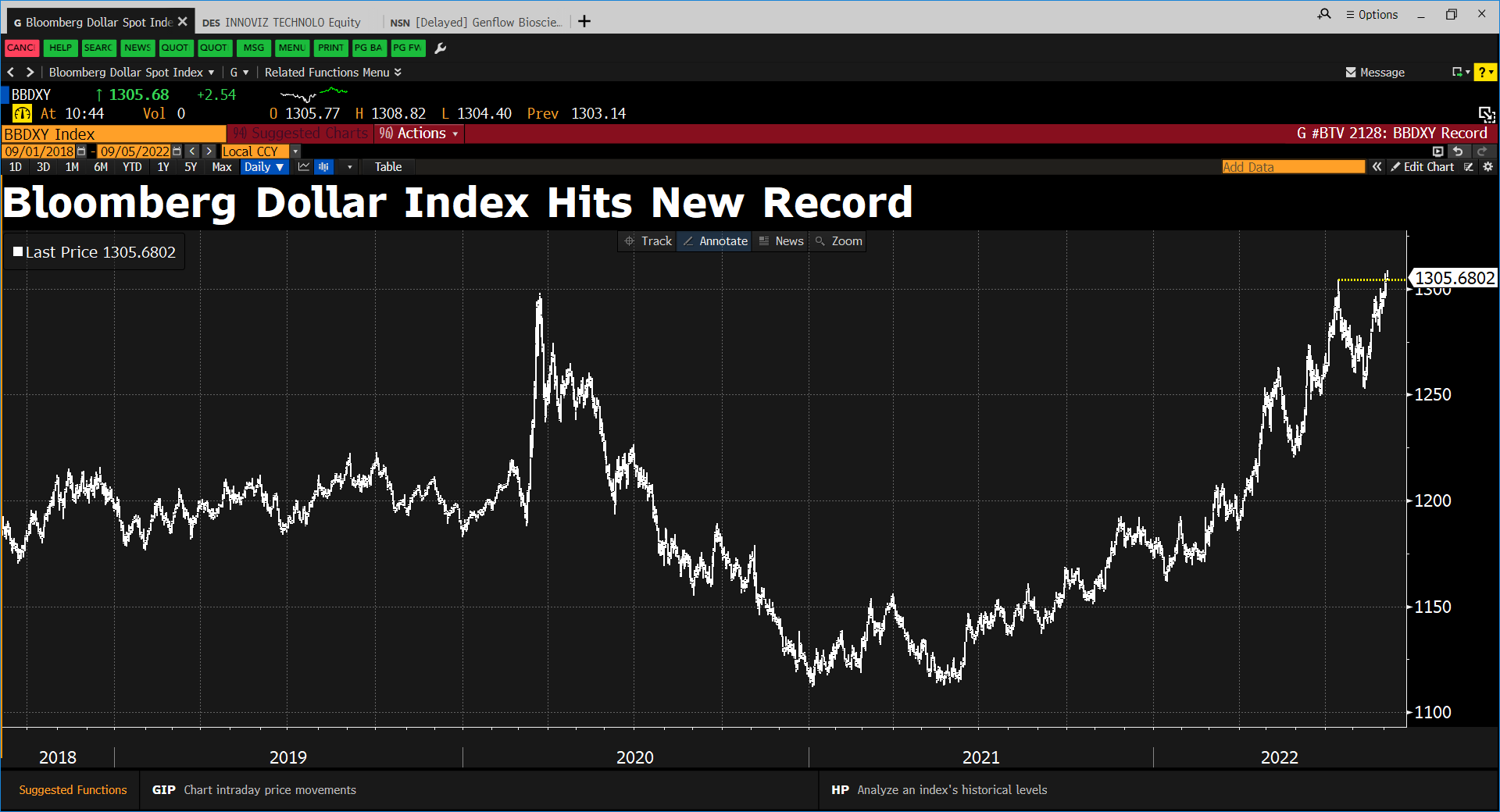 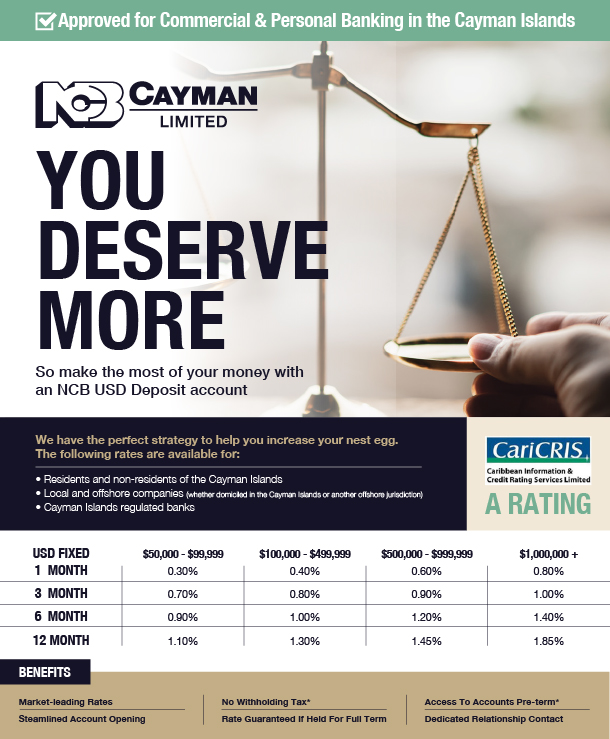 *Interest on Fixed Deposits up to one year is paid at maturity and can be added to the fixed deposit if rolled over. All rates are calculated on a 365 day basis. Fixed deposit rates vary depending on amount and duration. NCB (Cayman) Limited its directors, officers, employees and shareholders (”NCB”) DO NOT PROVIDE TAX ADVICE to any customer. All customers are advised to seek professional advice from their country of birth and residence in relation to their obligation to report to various authorities, pay tax or other disclosure in relation to their accounts.

NCB Cayman Limited bank (NCB) celebrated its 30th anniversary in the Cayman Islands with an event at Tillies rooftop last week. Earlier this year, NCB was recently granted a Class A banking licence by the Cayman Islands Monetary Authority. It will facilitate the delivery of private banking and investment banking services to locally based high-net-worth…